LA Times Op-Ed: When a prison closes, the town where it sits has a chance for redemption 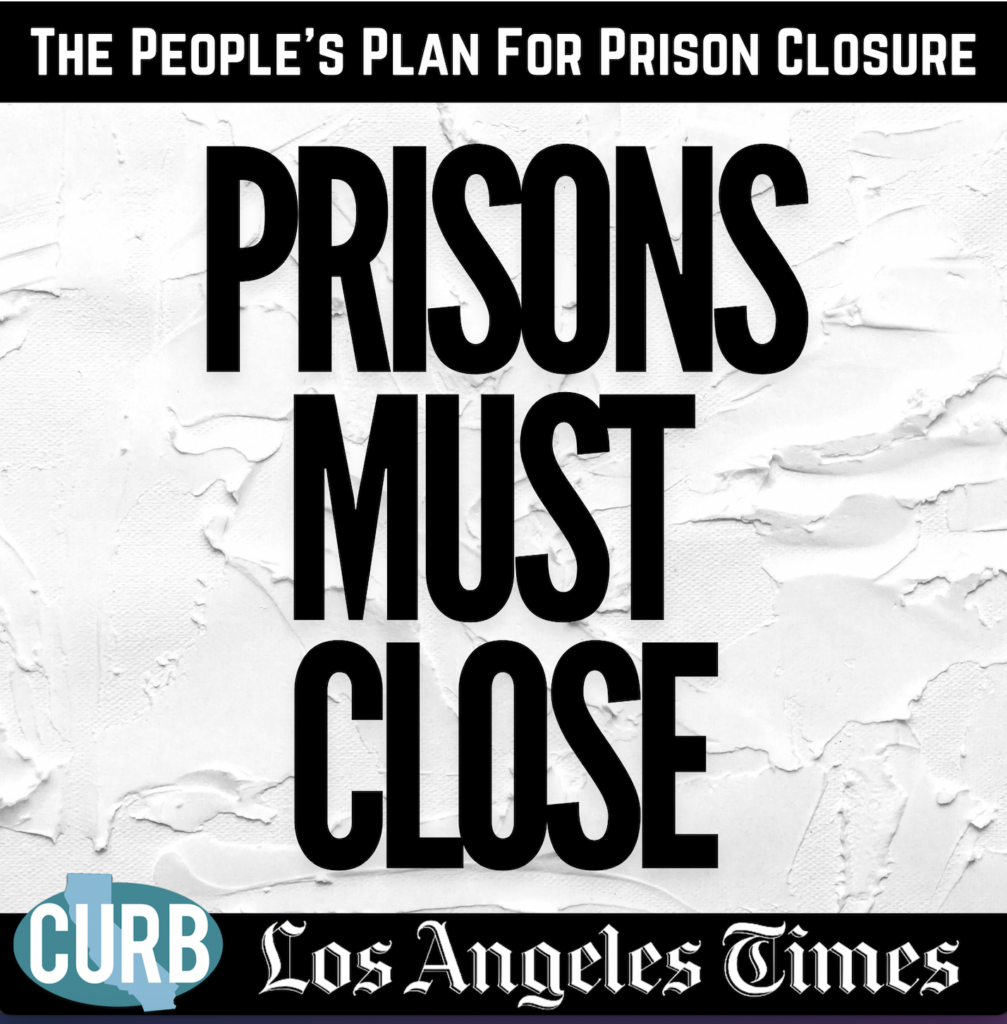 The scheduled deactivation of California Correctional Center has become a hot-button issue for the town of Susanville, sparking anger and a still-pending lawsuit to prevent the prison from closing at all. The fears of residents who have become dependent on prisons for their livelihood have been covered widely in the media, but these stories often erase the voices of millions of Californians – including people currently and formerly incarcerated at CCC – who are demanding these state-funded prisons be permanently shut down.

Prison closure in California is a complex undertaking. The task has many moving parts, including important questions about labor and infrastructure in communities like Susanville, where prison economies have taken over. Yet the fixation on these concerns continues to obscure why we must close prisons in the first place: prisons are racist institutions that are disastrous to our nation’s public health and overall economic well being.

The evidence is overwhelming. Incarceration is an ongoing humanitarian crisis that disproportionately affects Black, brown and poor communities. The U.S. spends $300 billion on the prison industrial complex annually. There’s also a $1.2 trillion impact from lost earnings, adverse health effects and financial damage to the families of incarcerated people. Mass incarceration, historically inextricable from slavery, hurts everyone in the United States and has shortened our average overall life expectancy by two years. During a global pandemic, sustaining deadly and infectious prisons is a terrible strategy to prop up employment in rural America.

Closing CCC, a 60-year-old facility requiring $503 million in infrastructure repairs, will save Californians $173 million per year. The nonpartisan Legislative Analyst’s Office calculates that shutting down five of California’s 34 adult prisons would save $1.5 billion per year by 2025. Significant, but only a dent in this year’s whopping $18.6 billion state corrections budget, the clearest indicator of California’s incarceration addiction. Coalitions like Californians United for a Responsible Budget maintain that at least 10 prisons should close over the next five years, achievable through sentencing reforms that increase releases, deep community investment and strong political leadership.

It is true that thousands of people rely on income from working at prisons in California. However, if towns like Susanville cannot survive without a system that criminalizes, cages and harms people, they have an obligation to rethink the structure of their economies. And no, replacing government prisons with private detention centers is not helpful. There are smart public policy solutions that could address some of these communities’ concerns.

Prison towns should be proactive in demanding more state investment in better jobs, creating new pathways to careers that have a viable future and pay a competitive wage. Prison jobs offer high salaries but are deeply traumatic and lead to negative health outcomes. These are not “good jobs.” However, the troubles of prison guards pale in comparison to the violence inflicted upon those who are locked in prison cages. It’s also no secret that some corrections officers are guilty of perpetuating the toxic culture of prisons.

One smart job creation idea: Susanville, which is in Lassen County, could have been destroyed by the Dixie Fire, one of the largest in California’s history. Climate change is real. Preventing, fighting and recovering from wildfires are more useful jobs than guarding prisons. State governments can both end racist incarceration and engage with stakeholders to serve real community needs.

People against closing prisons are missing a chance to imagine and fight for a new, valuable infrastructure for their towns. This represents a failure of public education, public planning and political will. Lack of innovation, not the closure of a prison, will be the cause of any serious economic consequences in Susanville. In fact, the prison is the problem.

Prisons temporarily sustain small communities through employment but ultimately devastate individuals and society, making them remarkably similar to oil and mineral companies. They harm local environments and the planet while enriching a few special interest groups.

These problems have similar solutions. As a nation, we must transition to a sustainable future. Environmental justice groups are innovating in these areas, winning a recent, major victory in Tonawanda, N.Y., by uniting labor and community interests. “Just Transition” strategies can move us away from extractive economies like fossil fuels and prisons, providing pathways for workers to new, high-quality jobs with integrity. Prioritizing re-entry, training and other services for formerly incarcerated people would help them join these new economies. Why aren’t these productive ideas being implemented on a larger scale? Advocates have been demanding them for decades.

The California Department of Corrections and Rehabilitation sold towns like Susanville on the promise of prisons to address the longstanding unemployment in rural economies. In order to weigh a future without prisons, we need to reckon with the powerful institutions that benefit from these rationalizing narratives.

Lawmakers must reduce imprisonment and promote an alternative, positive vision for California. As the state reduces prison spending, it should increase resources for formerly incarcerated people and invest in towns that would be most affected by prison closure. That’s the conversation to be having: not about what would be lost if a prison closed, but about why prisons must close, and what possibilities come into view when our culture diverts resources away from human caging and toward things that actually keep people safe, like jobs and healthcare.

We need a more substantive dialogue on the issue of prison closure if we are going to inform and empower the public to build a healthier, greener, more just society.

Brian Kaneda is the deputy director of Californians United for a Responsible Budget.