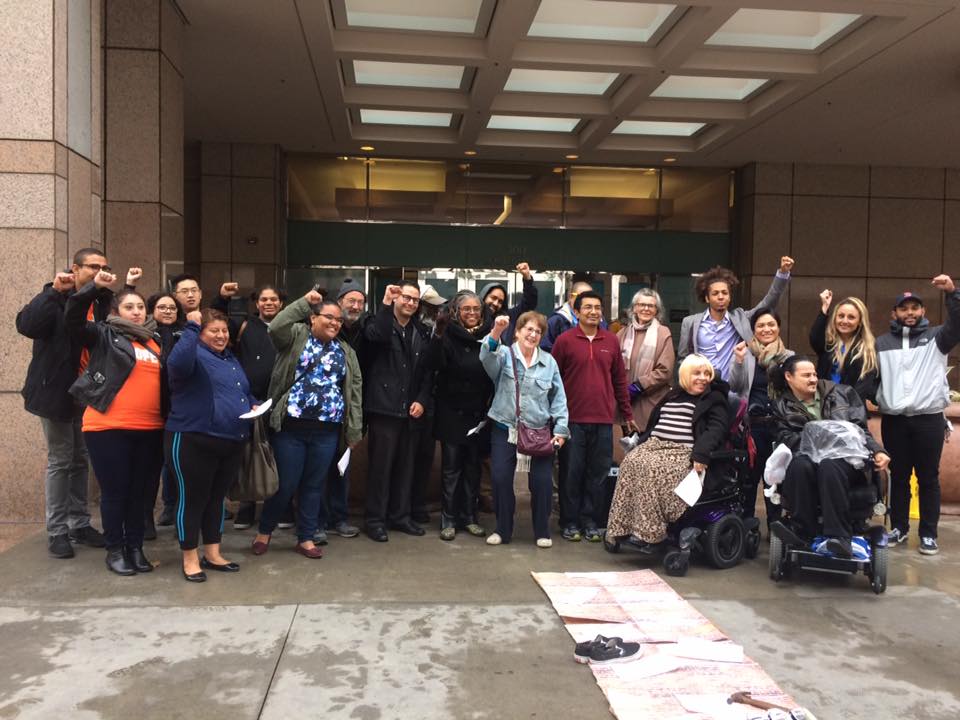 Sacramento— This morning, Governor Brown released California’s 2017-18 proposed budget – a budget that increases total funding on corrections to $11.3 billion (2017-18), up from $10.6 billion last year (2016-17). The budget projects a decline of the adult prison population by .7% due to voter mandated criminal justice reforms such as Proposition 57. Despite a projected decline in the state prison population, the California Department of Corrections and Rehabilitation will continue it’s notorious trend of expanding prison capacity by pushing forward with the California Leadership Academy (CLA). According to the budget this new prison will house approximately 250 male prisoners between the ages of 18-26.

“Why is the prison budget continuing to rise, if the population is going down?” asks Misty Rojo of Justice Now. The budget estimates that Prop 57 will reduce the average daily population by approximately 2,000 in 2017-18 with result in net savings of $22.4 million in 2017-18, yet the total corrections budget increases by over nearly $1 billion. Rojo continues, “If we continue to waste state resources to expand our massive prison system with the California Leadership Academy, instead of redirecting savings to programs that defend basic human rights such as housing, healthcare and education, that state is only perpetuating the prison overcrowding crisis.”

At a time when other states like Pennsylvania are moving towards prison closures in response to mounting budget deficit, advocates are outraged that California continues to expand prison capacity under the guise of rehabilitation. California prisons, in addition to having a track record of abuse and corruption, have a long history of wasting water and polluting the environment. Last year’s budget included $5.4 million to evaluate the state’s twelve oldest prisons for possible renovation or replacement.

“Governor Brown claims that one of his top priorities is to protect the environment yet the CDCR has been responsible for spilling hundreds of thousands of gallons of raw sewage into rivers,” says Jayda Rasberry of Dignity and Power Now. “States throughout the nation are moving towards prison closure or repurposing efforts and it is way past time for California to follow suit. Elected officials can close prisons and save money by leaning on at least five years of reforms that has reduced the prison population by thousands. If the Governor wants to improve the environment, he can start by closing prisons and not build more like the California Leadership Academy.”

With the imminent ascension of president-elect Donald Trump, who has threatened to repeal federal reforms including Obamacare, experts believe that California will face dramatic cuts to the social safety net and could stands to lose $20 billion under the Affordable Care Act. “The Governor has already made it a priority to improve our crumbling infrastructure and protect the environment,” says Maribel Nunez from California Partnership. “In addition, he has been a vocal proponent of decarceration through his work on Prop 57. In a moment when federal pressure could lead to severe cuts to health and human services, as well as education, it seems like a no-brainer that funding should be cut from the state’s failing corrections budget to protect the social safety net. Now is the time for the Governor to take a stand against the racist and oppressive policies that will come down federally.”

The CURB coalition believes that to cover the high costs of rising medical care expenses, California should look to the state’s rising prison budget as the first place to make cuts, by continuing to pursue aggressive parole and sentencing reform efforts and to repeal all prison and jail expansion efforts.

CURB will be joining the California Partnership at a series of statewide press conferences to respond to today’s budget.

PrevPreviousCURB is looking for a Statewide Organizer and Intern!
NextWebinar: We Are Not Disposable – The Toxic Impacts of Prisons and JailsNext