My name is Lizzie Buchen, and I recently joined CURB as Statewide Advocacy and Communications Co-Coordinator. It’s been a whirlwind two months, but I wanted to take a moment to introduce myself.

I’m from southern California and live and work in Oakland. Before joining CURB, I was a policy analyst at the Center on Juvenile and Criminal Justice, where I helped lead the organization’s research, policy advocacy, and communications work. I’ve had a bit of a winding career path, having previously studied and worked in science and in journalism, but I connected with my deep passion for social justice when I began volunteering inside San Quentin.

Working with the people imprisoned in San Quentin changed my life, personally and professionally. Inside, I witnessed the brutality and dehumanization of our prison system, and I developed close relationships with people who had experienced more severe injustices than I could have ever imagined — not just at the hands of the criminal justice system, but by our long history of ruthless social policies that have devastated so many communities.

It was around this awakening that I first connected to CURB staff and member organizations. Those discussions gave a critical boost to my political education, helping me understand how our social and criminal justice policies systematically oppress people of color and people who are poor. Since then, CURB has continued to inspire me, to challenge my views on justice and oppression, and to show me how to build a movement that will make the world more humane, compassionate, and just.

That’s why I couldn’t be more excited to join Diana Zuñiga — and all of you — as co-coordinator of CURB.

These past two months, the power of the coalition has blown me away. Among the many, many highlights:I felt the strength of our grassroots network as hundreds of people, mobilized by our member organizations and allies, flooded the governor’s office to demand action on the state-sanctioned violence that disproportionately harms people of color. I was deeply humbled by the young people with incarcerated parents who convinced a San Francisco county supervisor to switch positions and oppose the new jail. I witnessed the power of our advocacy partners as they helped rally people around the state — inside and outside the Capitol, and inside and outside prison walls — to pass SB 219 into law. I was amazed by the incredible collaboration and commitment of our members to produce CURB’s Decarceration Report Card.

And I know that’s just the beginning.

We are at a critical time in this movement, surrounded by rhetoric from across the social and political spectrum about the need to reduce incarceration. While it is heartening that the issue is receiving so much attention from such a broad range of people, there are also serious concerns with the direction some of those conversations are heading. It’s critical for CURB’s voice — the powerful, collective voice of grassroots organizations — to rise above the din.

Many of the reforms we’re seeing merely tinker around the edges. They don’t affect the majority of incarcerated people, and hardly scratch the surface of the criminal justice system’s institutionalized violence, racism, and oppression.

I came to CURB because we push for broad, sweeping changes — and we don’t back down. We know we need to close prisons and jails, not just release some people while tightening the chains on the rest. We know we need to strengthen and support communities, not build nicer cages.

Our incredible 70-plus organizations hail from across the state and have diverse missions, but are united in our goal of shrinking the number of prisons and jails in California and the number of people locked inside. Together, we have the strength, the passion, the courage, and the heart to pursue this bold vision.

I couldn’t be more excited to build this movement with you. 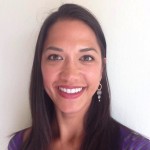 P.S. If you’re interested in learning more about me, check out this recent interview with Justice not Jails.