A durable and sustainable plan: Reducing corrections spending in California

The month of March marked the beginning of state budget hearings that will set next year’s fiscal priorities for the welfare of Californians. The first version of the state budget shows no clear plan to provide adequate relief for people living in poverty, fails to make restorative investments to the social safety net, and continues to increase corrections spending.

As of February, California’s prison population has reached the court ordered target of 113,700 people in prison almost a year ahead of schedule. Some of this is due to the implementation of Public Safety Realignment in 2011.

Another substantial decrease is due to the release of about 2,700 people – and currently almost 150 people per week – under the voter initiative Proposition 47 that passed in November. The implementation of policies that grassroots organizations have been demanding for decades like Elder Parole and the expansion of good time credits has also contributed to the population decrease – and can continue bringing the population down.

A little reminder – What is the Recidivism Reduction Fund?

The push for the implementation and expansion of smart parole reforms was catalyzed in the fall of 2013. In an effort to meet the court deadline to reduce prison overcrowding, Gov. Brown, with Speaker Pérez by his side, proposed a shocking piece of last minute legislation: SB 105. The proposal included a billion dollars to expand prison capacity by sending more prisoners out of state.

Groups that had been working on poverty and on prison issues for years came together, organized by two statewide networks , the California Partnership and CURB, to demand an end to prison expansion and a reinvestment of state funds in anti-poverty programs. This opposition created enough political coverage for Sen. Darrell Steinberg and Senate Democrats to stand up and cut a deal that prevented 6,500 additional California prisoners from being sent out of state. 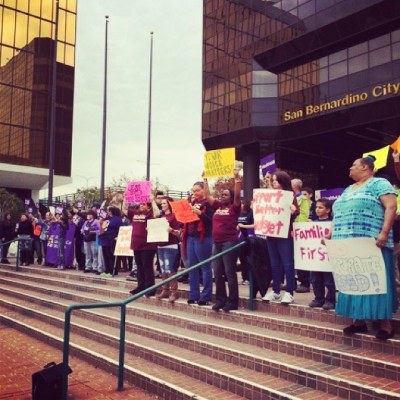 It also resulted in millions of dollars allocated to increase prison capacity and created the Recidivism Reduction Fund aimed at reducing recidivism for people in prison and people on parole.

However, as of today, some of the goals of the Recidivism Reduction Fund have not been realized due to a delay in implementation by the California Department of Corrections, revealed in the last few budget hearings. What has also been revealed is that California elected officials have been questioning the increase in the corrections budget and why CDCR has had unforeseeable costs such as overtime. And, most importantly, our elected officials have been asking for a durable and sustainable plan to continue reducing the population.

The good is that sentencing and parole reforms are working. Over the past two years, CURB, its member organizations and supporters have prioritized expanding good time credit, implementing elder parole, expanding medical parole, and making the Alternative Custody Program accessible. Last year, the court and California elects listened.

Currently, over 4,000 people have been released due to the expansion of good time credit for non-violent second strikers. Over 100 elders have returned to their communities because of Elder Parole. Elder Parole is currently being implemented by the administration for people who are 60 years and older and have served 25 years of their time. Fewer than 100 people have been released under Medical Parole. And ACP is not being implemented efficiently, which has led to hardly anyone getting released to community supervision.

The good is that sentencing and parole reforms are working.

All and all, these programs have been successful, returning people to their families and communities. And we know we can do better. 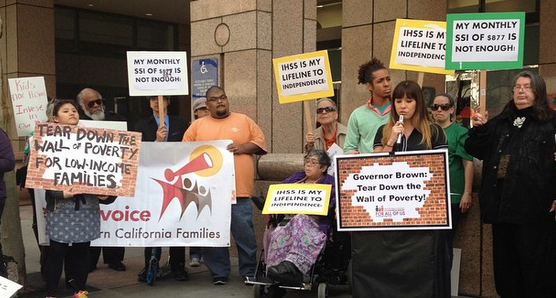 The availability of funding is not bad, but the way that it is being allocated is steering away from the need to support the almost 8,000 people who are back in their communities in need of services, employment and housing. The last budget hearings referenced almost $28.2 million that is now available in the Recidivism Reduction Fund. CDCR is estimating that $16 million of this money was unused due to delays in implementation of services inside prisons and there was a $12.2 million savings from the services that did reduce recidivism.

These problematic pilot reentry prisons sound very similar to the promotion of seven “Community Correctional Facilities” or “Centers“ that were established and operated to offer programs for the treatment of addiction to alcohol or controlled substances based on the therapeutic community model to increase the likelihood of successful parole. This is on top of the $15.6 million for 13 Re-entry Hubs at existing prisons for people serving less than four years that they are already utilizing. 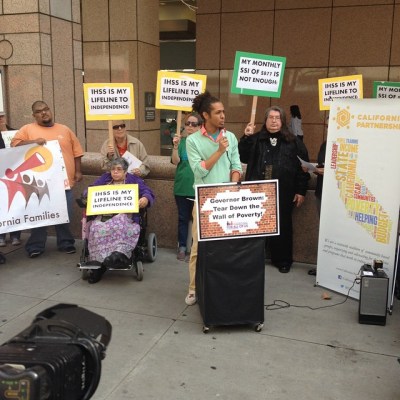 Additionally, CDCR is asking to increase contract bed capacity again, which the legislature limited in the 2013 fight. The department is asking for $495 million for contract beds, representing a 4 percent increase from last year – about $20 million more. The Legislative Analyst’s Office (LAO) has recommended that the legislature not approve this. The LAO also reported that a reduction of one person in state prison saves the state about $9,500, while a reduction of one person in a contract bed saves the state $18,500.

The California Department of Corrections and Rehabilitation is still slating prison expansion at existing prisons at Donovan in San Diego and Mule Creek in Ione. They have already wasted $810 million to begin constructing these three new facilities. Now the department is asking for $35.5 million from the General Fund and $90,000 from the Inmate Welfare Fund to operate 2,376 new prison beds.

Last year, CDCR opened up the Enhanced Alternative Custody Program, with an operating cost of $2.4 million for 82 women. In this year’s budget, the department hopes to add about 82 beds to another Enhanced Alternative Custody Program facility and an additional 305 beds in contract facilities for people in women’s prisons. This is also after already opening beds for women at McFarland Private Prison.

A durable and sustainable plan

In budget hearings this term, Sen. Loni Hancock, Assemblymember Jones-Sawyer and CDCR all praised the progress CDCR has made towards population reduction and suggested that we need to make some of these good reforms law. They asked for a durable and sustainable plan that will reduce recidivism and increase safety.

Although there is a push towards expanding capacity, CURB and its member organizations are ready. Collectively we are sponsoring bills that lead us towards a long-term plan: 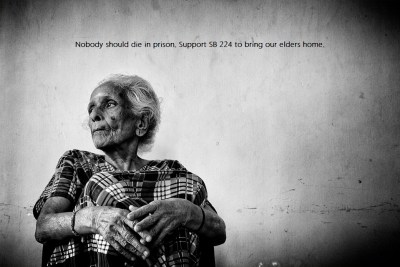 Passing these bills is a reasonable step towards reducing overcrowding and spending on California state prisons. We are going to need a lot of support this budget and legislative cycle to make sure that these bills are passed to decrease the population and lead to a decrease in corrections spending.

The first hearing for Elder Parole and the Alternative Custody Program will be April 7 and we will also hear more about the Recidivism Reduction Fund at an April 8 Assembly Budget Hearing. To get involved, please take action now, at http://salsa3.salsalabs.com/o/51040/p/dia/action3/common/public/?action_KEY=15968.

We ask if you are an organization that wants to send a support letter, if you are a family member who can help us get support from your loved one inside prison or if you are an individual who wants to be a part of our quick response team, please take action now here. You can get the most up to date information about the budget and bills here: http://curbprisonspending.org/take-action/advocacy/.

Passing these bills is a reasonable step towards reducing overcrowding and spending on California state prisons.

This package will lead us to a cost effective, common sense method of lowering recidivism, keeping our communities safe and saving taxpayer money.

We have 50 more ways to continue to reduce the prison population in California on our website. To learn more, visit us at http://curbprisonspending.org/wp-content/uploads/2010/08/50waysCurb.pdf.

Diana Zuñiga, interim statewide coordinator of Californians United for a Responsible Budget (CURB), can be reached at Diana@curbprisonspending.org or 1137 E. Redondo Blvd., Inglewood CA 90302 or 213-864-8931.

PrevPreviousCatching you up on the Budget Battle
NextForced to fight in the SF Jail? Stop the jail plan NOW!Next