The waste, inequity of filling jails with those who can’t make bail

Today the San Francisco Chronicle printed an important opinion piece by the San Francisco public defender Jeff Adachi and Naneen Karraker a member of Taxpayers for Public Safety. “The waste, inequity of filling jails with those who can’t make bail.” 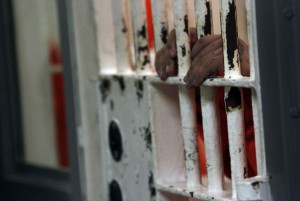 Did you know that: “In San Francisco, 85 percent of the roughly 1,300 inmates in county jail haven’t been convicted of anything. That’s more than 1,000 men and women. They are there not because they have been found guilty but because they simply cannot afford bail.”

Basically, if you are poor in San Francisco you are more likely to stay incarcerated even if you have not been found guilty of anything!

Their piece makes a strong argument for how more pre-trial services and bail reform would reduce our jail population even further, making the Sheriff’s claim that we need a new jail obsolete.

As opportunities to push for bail reform, more pretrial diversion programs and canceling the jail plan arise we will be sure to keep you posted. In the mean time there are three steps you can take to keep the pressure on!

1) Help us make this article “go viral” by sharing it on your social media:

2) Join us in signing this Open Letter to the San Francisco Board of Supervisors: We Can’t Afford a New County Jail!

We will send along more exciting details about the campaign to stop San Francisco from building a new jail soon!