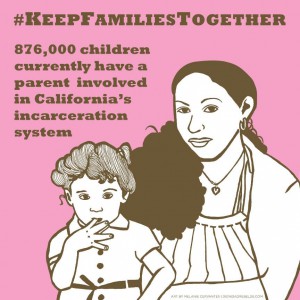 Los Angeles – On August 16th, Southern Californians will mobilize to oppose the proposed 1,604-bed jail for women at the Mira Loma detention center in Lancaster. This is not an isolated case of incarceration expansion. Other proposed expansions include a Mental Health jail in LA, a Disability Accessible prison in San Diego, a Gender Responsive prison in McFarland, and a “Women’s Wing” in the Adelanto Detention Center. Organizations from Los Angeles will first stage a rally at the Lynwood Jail in LA and then caravan 70 miles to Mira Loma to pressure the Board to stop funding jail construction projects that harm our communities. A solidarity rally will be held later in the afternoon at the Mira Loma facility.

“Angelenos do not need more jails,” says Dayvon Williams, youth organizer for the Youth Justice Coalition. “They hurt our communities. Study after study commissioned by California counties show that locking people up does not create safer communities. Multiple reports recommend alternative ways of reducing the number of people locked up. It makes more sense to use resources for life-affirming programs, job programs and services that will improve our lives.”
“Counties need to justify their application for state funds by showing that there are strategies in place to support people released from prisons and jails to reduce recidivism rates and the population behind bars, but that isn’t happening,” says Christina Tsao of Critical Resistance-Los Angeles. “It looks like Los Angeles County is deliberately not implementing population reduction strategies so they can continue expanding their already sprawling system of prisons and jails.”

Activists in other Southern California counties will be participating in solidarity actions in San Bernardino, San Diego, and Riverside. All of these locations are experiencing expansion of some kind.

“People of color, immigrants and poor people have been deliberately targeted by over 30 years of unjust criminal justice policies. Entire communities have been devastated, impoverished and disenfranchised, while billions are being spent in prison, jail, and detention centers construction, ” says Antonio Elizondo of Dream Team LA. “But people from across the state are sick of it and they are coming together to continue fighting back against these attacks. Now is the time for county and state politicians to get with the programs, or get out of the way.”

English and Spanish speaking spokespeople will be available throughout the day.