Viewpoints: Why is California trying to build more jails? 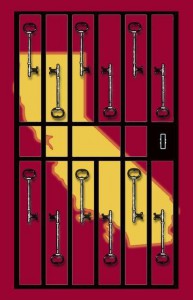 By Emily Harris and Isaac Lev Szmonko
Special to The Bee
Published: Sunday, May. 11, 2014

When we first saw this year’s proposed corrections budget included $500 million for new jail expansion, we had to double-check the document to see what year it was.

In December, at the campus of the University of Phoenix in Sacramento, an obscure new government body called the Board of State and Community Corrections sat in a room with members of 36 sheriff’s departments. Also present were a hundred people from across the state, all trying to prevent jails from being built in their communities.

The occasion that brought them together was last year’s offering of $500 million in lease-revenue bonds to fund county jail expansion – offered on top of $1.2 billion in jail expansion funds from the years prior.

If you were to imagine the people in that room with big perms, fades and mullets, or wearing more acid-washed pants, leggings and camouflage, it could have been any time in the last 30 years of prison expansion in California. These were communities that had been deeply harmed by having so many people locked up – mostly black, brown and/or poor. They were once again standing together to demand that the resources instead go to keeping people out of jail by funding education, mental health care, rehab programs and re-entry.

While California has built 24 new prisons in the last 30 years, what was different this time was that on top of the planned expansion of three state prisons, California was also offering state money to expand county jail systems and clamoring sheriffs were there to compete. Due to the specifications of the application process, none of the sheriffs were up in front of the room talking about “the worst of the worst” criminals in their jail systems. They were talking about how their jail systems were warehousing people and how they wanted to build new jails or expand old ones to offer more programs.

In a frighteningly honest moment, Deputy Sheriff Terri McDonald of Los Angeles even said she wanted more space so that “women and children could serve their time together.” With the recent approval of a $2.3 billion L.A. jail plan, McDonald seems to be moving toward her distorted vision.

To some in the audience, the idea that we would solve the issue of family separation through the imprisonment of children instead of supporting parents to stay in the community was shocking. Those of us who have been experiencing “prison” or “jail” transforming into the answer to social problems over the last decades were appalled, but not surprised. We knew that the deep cuts to social programs for people outside prison over the years had been replaced by a parallel expansion of prison hospitals, mental-health jails, re-entry prisons and gender-responsive jails.

While we hope every person in jail and prison has access to quality programming, we also know that people are best served out of lockup. So when the 2014-15 budget contained another $500 million for jail expansion, we asked why.

Due to organizing across the state, some county jail systems are trying to reduce the number of people held pre-trial, who make up about 60 percent of the jail population in every county.

And at the state level, this year’s proposed budget contains a directive for counties to use “split sentencing,” where people spend up to half of their sentence in the community instead of in jail. There is also a proposal in the budget for counties to use an alternative custody program, so that women who are primary caregivers could serve their time in a community-based organization or in their home under electronic monitoring with their children instead of going to jail.

So why would California choose to fund even more jail expansion when there are so many clear ways to safely reduce jail populations? Why would California prioritize jails that are more expensive to construct and operate than community-based programs? We can only hope that with our continued pressure, our legislators will be bold enough to ask the same questions. Without it, more and more people across the state will be swept into our jail system, breaking up families and destabilizing communities while guaranteeing future cuts to the programs Californian’s value most.

We hope that next year, when we come to Sacramento with our new hairstyles and fashion choices, county leaders are there to receive money to expand community-based mental health services, re-entry support, adult education and drug rehab programs, instead of new jails.

Emily Harris is statewide coordinator for Californians United for a Responsible Budget. 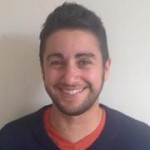 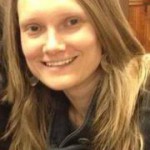