What California Could Do With $500 Million, Instead of Build New Jails 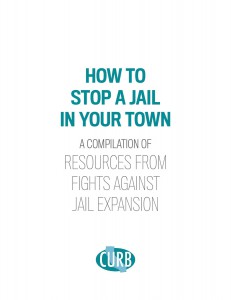 Check-out our most recent resource for the How to Stop a Jail in Your Town Toolkit. Download the PDF.

What California Could Do With $500 Million, Instead of Build New Jails

California has spent over $1.7 billion subsidizing unnecessary jail expansion since 2011 and now proposes to waste another $500-$1,200 million on even more jails. Such funds should be spent providing services and facilities that would increase the quality of life for all Californians. The state’s non-partisan Legislative Analyst’s Office (LAO) agrees with CURB that the additional jail construction funding that sheriffs are pushing for should not move forward in this year’s budget. The LAO recommends the proposal be put on hold until the state conducts an analysis of what space is needed and whether counties have “maximized alternatives to creating jail space”.[i]

What might those alternatives to creating jail space look like? Some, such as bail reform, don’t involve spending any money, but would significantly reduce the current jail population. Other alternatives would strengthen county infrastructure that deals with problems like homelessness and mental illness as social problems to be managed in humane and productive ways rather than current default policies that lead to the warehousing of the poor, homeless and mentally ill in jails and prisons.

As it turns out, the more humane alternatives are also less expensive. Here are five key investments California could make, each extrapolated to $100 Million. Are these really lower priorities than more jails?

Build Supportive Housing for Women and their Children:

Rather than continue funding the creation of cages and prisons, spend money on women struggling to provide for themselves and their children.

Build Housing for Individuals Transitioning out of Homelessness:

Homelessness is a key predictor of future jail time, but it doesn’t need to be if early interventions are provided, saving money and improving public safety.

Provide safe opportunities for youth development instead of funneling youth into the prison system.

Provide for re-entry programs, ensuring those leaving the prison system remain free of it.

Provide help and sanctuary for those afflicted with mental illness rather than funneling them into the prison system. Community care for mental illness is less expensive, more dignified, and treats problems before they escalate.

* Land costs are not a part of this estimate, only construction costs.

More detailed information about proposed reforms is available by contacting CURB at 213-864-8931 or at info@curbprisonspending.org.