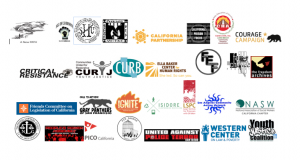 “We appreciate the steps the court has taken to address prison overcrowding and support their order not to send additional prisoners to out-of-state facilities. However, unless we immediately cancel all of Governor Brown’s current plans to expand California’s prison capacity by over 5,000 new beds, we will not solve the crisis. The end result will not be a more just, equitable, and safe state, it will be more people in cages in California.  We remain deeply concerned regarding the human and financial cost of the Governor’s proposed expansion of the prison system. We urge the Legislature to take immediate action to reduce the prison population.” Diana Zuñiga, Field Organizer for Californians United for a Responsible Budget.