Sheriff Ross Mirkarimi is looking to get $80 million in state funding to help build a new jail, sparking criticism from community 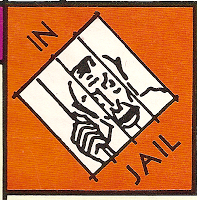 The application for the money goes before the Board of Supervisors today for approval. If passed, the state would still need to sign off on the application before anything happens.

Needless to say, jail opponents are not happy about this. They said money should be invested in community programs, not jail expansion, and have vowed to stop Mirkarimi from moving forward on his plan for more incarceration space.

The Board will vote on whether to grant approval for the application for funding, not the approving of a new jail plan.

But if the money comes through, the plan is to demolish the old, seismically unsound jails on the Sixth and Seventh floors at the Hall of Justice, and build a replacement jail on the lot next to the Halls of Justice toward Sixth Street, where a McDonald’s sits now. The replacement jail will have 30 percent fewer beds, with more space for support services. Right now, 900 beds aren’t being use

Undersheriff Kathy Gorwood said the two jail floors planned for demolition are outdated and poorly designed, allowing no room for support services. The replacement jail, she added, would have classrooms for substance abuse, mental health and family support programs, to name a few.

The jail will cost around $300 million to build, said Emily Harris, who works with the Californians for a Responsible Budget. Harris estimates with bond debt included, the total amount will be closer to $700 million.

Harris is all for demolishing existing jails, but doesn’t think the city should build a replacement, adding that pretrial release, bail reform and community corrections are the answers, not new jails. Plus it’s cheaper, she said.

“That’s a great wish,” said Undersheriff Ellen Brin, in response to Harris’ alternatives. But where will they put the approximately 400 inmates, who aren’t eligible for pretrial release, currently housed in the old jails? Brin asked rhetorically. If the inmates were transferred to the San Bruno Jail, it would be too close to hitting capacity, Brin added.

“We really need to build a replacement jail,” Brin said, adding that projections show that the inmate population will continue to grow over the next few decades.

Harris said that relying on jail expansion to meet the city’s correctional needs is the same faulty logic that the state relied on when expanding the prison industrial complex to meet the state’s growing inmate population.

The U.S. Supreme Court upheld a 2009 order to reduce California’s prison population by 43,000 inmates. In June, the courts denied an appeal by Gov. Brown, and ordered him to release the remaining 10,000 inmates by the end of the year. An extension was just granted moving the deadline up a month to February. A realignment plan that shifts the fiscal and program responsibilities for many non-violent, non-sexual offenders from the state to the county level is now unfolding. State funding is available to help the transition process, but, according to Harris, many counties are spending money to expand the jails instead of finding community-based alternatives to confinement.

“There’s this faucet of money coming from Sacramento and it’s one of the reasons were seeing this massive boom of jail expansion,” Harris said, adding that out of 58 counties, San Francisco is one of 33 investing in jail expansion.