Brown, CDCR Backslide in May Revise Budget; CURB has a Better Idea

Californians United for a Responsible Budget

Gov. Brown’s May Revise budget shows that the Governor and the Department of Corrections hope to make as few changes as possible to the bloated CDCR in order to come into compliance with the Supreme Court’s Plata ruling, advocates charged today.

“Of course we applaud the goal of reducing corrections spending, however the way to do that isn’t to increase the corrections budget,” comments Debbie Reyes of the California Prison Moratorium Project.   The Governor’s plan includes increasing Corrections spending from $8.082 billion up to $8.889 billion in this budget year, an increase of $807 million. “Why are we increasing General Fund spending on Corrections by ten percent while we’re cutting In Home Supportive Services, cutting funds for our public colleges, cutting Workforce Development and cutting Health and Human Services?” asks Reyes.

Despite the Court ruling and Gov. Brown’s criminal justice realignment plan, the May Revise calls for expanding California’s prison system.

“Building more prisons that we don’t need and can’t afford is the policy that got us into this mess in the first place,” commented Emily Harris of Californians United for a Responsible Budget. “CDCR’s approach to the intertwined budget and prison crises has been to hit the pause button, but now they’re ready to fast forward more prison and jail cells. It is past time to reverse a failed policy that has made California poorer at the expense of our most vulnerable residents.” The savings proposed by closing the California Rehabilitation Center (CRC) are eliminated by plans to expand new infill beds at 3 existing prisons, convert the closed DeWitt Nelson Youth Facility to an adult prison, expand the Folsom Transitional Treatment Facility to house women, and open and operate the new California Health Facility.

“We’re very disappointed that Gov. Brown has turned from the opportunity to continue to reduce the number of people in prison. Now is the time for a real overhaul of the sentencing and parole laws that fueled the growth of the system over the past three decades,” said Gail Brown of Life Support Alliance.  Today’s proposal suggests returning to the Courts to increase the population reduction benchmark from 137.5% to 145%. Gail Brown continues, “If we implemented the Alternative Custody Program and compassionate release, expanded medical parole, developed a geriatric parole process and actually released life-term prisoners who are being held way past their minimum release date as prescribed by law, we wouldn’t be trying to build all these expensive new prison beds.”

The budget proposes slashing authorization to borrow over $4.1 billion from AB900 prison construction funds but allocates an additional $500 million to counties to expand jail capacity, adding to the $1.2 billion awarded to counties earlier this year. “The Governor is not solving the prison crisis by encouraging a bigger jail crisis,” said Kevin Michael Key of Critical Resistance. “If more state money is to flow to the counties as a part of realignment, Sacramento should be encouraging counties to spend that money on social services.”

“Let’s invest our scarce tax dollars in Californians rather than sink it into building more jails,” added Key. 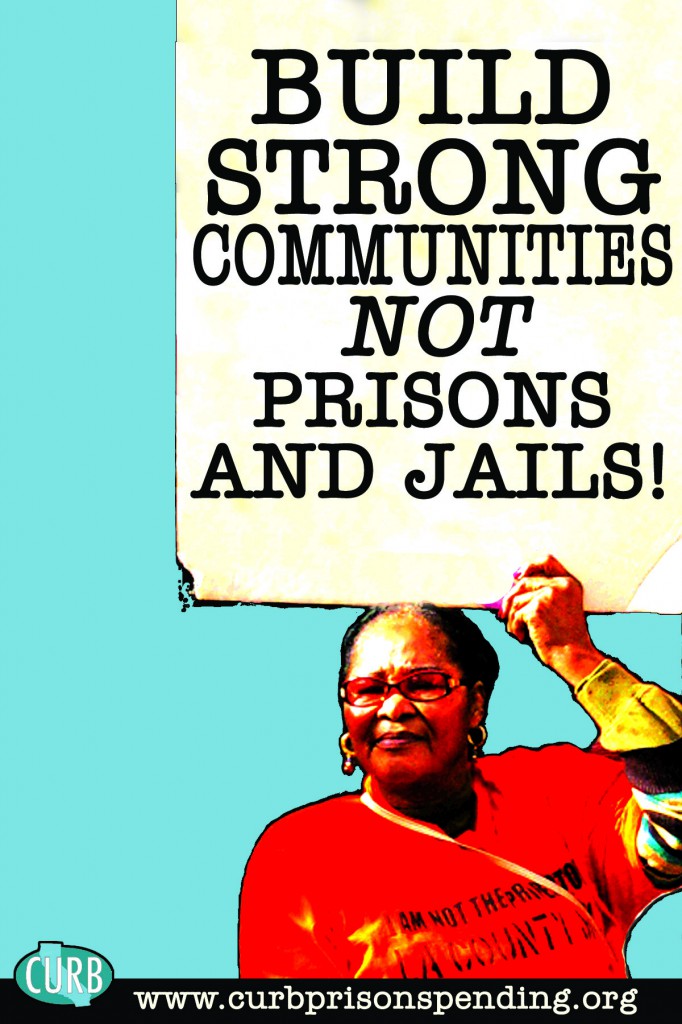 California Prison Moratorium Project, Life Support Alliance, and Critical Resistance are all members of Californians United for a Responsible Budget, a statewide coalition of more than 50 organizations working to CURB prison spending by reducing the number of prisons and prisoners in California.  CURB’s detailed response to the Corrections provisions of the May Revise and CDCR’s “Future of California Corrections” report can be found at http://curbprisonspending.org/wp-content/uploads/2012/05/CURB-response-to-CDCR-Future-of-California-Corrections-Final-1.pdf