ALL OUT: SAY NO TO LA JAIL EXPANSION

All out to LA County Board of Supervisors meeting on Tuesday Jan 24th:

Sheriff Baca wants to spend $1.4 billion on jail expansion in LA County, but the Supervisors are already balking because of grassroots opposition!

WE NEED TO KEEP UP THE PRESSURE

LA has the largest jail system in the country, and its conditions amount to torture. Building more cells will only expand the problem at a time when we need education, housing and jobs.

$100 million is 1% of LA’s law enforcement budget. What else could that be used for, instead of cages?

Join us in the fight to save LA County

Baca’s plan includes spending $5.7 million of taxpayer dollars on a firm that will make recommendations on how to relieve overcrowding in the jails and whether it would be less costly to close some and build new ones.

We don’t need another million dollar report to tell us what we already know: the most cost-effective way to reduce overcrowding to have less people in jail.

In a time of historic financial crisis, why does the state of California have $100 million to spend on LA jail expansion?
AB 900 is the world’s largest prison construction plan, authorizing $7.7 billion of taxpayer dollars for prison and jail construction. It was passed in the dead of night with no public review in 2007.
Los Angeles is eligible to receive $100 million in jail construction funds from Phase II of AB900, to go towards the $1.4 billion dollar construction costs. Sheriff Baca has already submitted an application to the state, even though there has been no public discussion on it.At least 30 counties across California are planning to expand their jails with AB 900 money. CURB is working to cancel all AB 900 construction projects. We want our tax dollars to go to social services, health care and education, not cages. 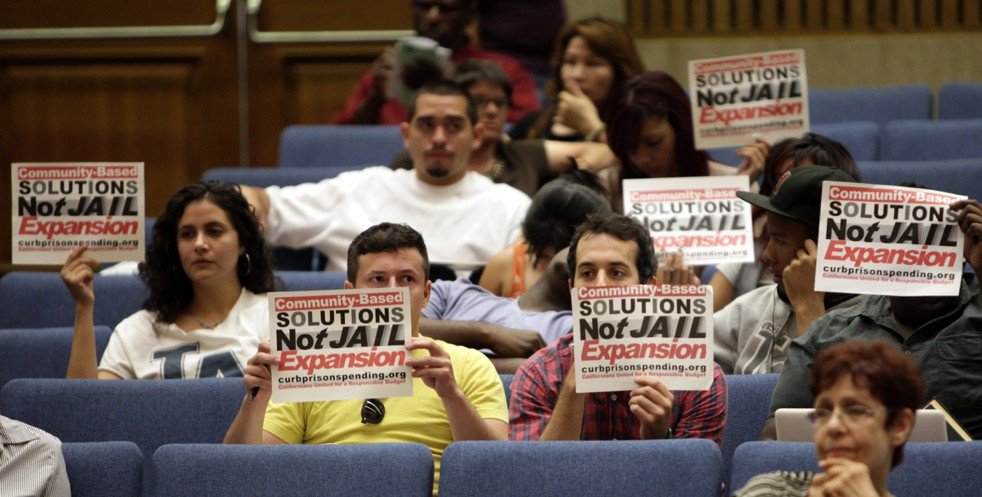